The International Climate Initiative (IKI) of the German Federal Ministry for the Environment, Nature Conservation, Building and Nuclear Safety (BMUB) has awarded GOBI a grant of €5.2m in support of its ongoing international collaborative efforts to describe ecologically and biologically significant areas (EBSAs) across the globe.
The funding, effective from May 2016 for a period of five years, is spread across seven work packages, comprising six complementary scientific research topics and support for the GOBI Secretariat. Research carried out within this project will help strengthen EBSA descriptions and assist the CBD in determining the strengths, challenges and limitations of data availability. This includes current and emerging techniques, methodologies and expert knowledge. In data-deficient regions, predictive modelling of the occurrence, abundance, movement and range of species or ecosystem features will play an important role. GOBI will therefore contribute to the CBD’s Strategic Plan for Biodiversity, which established a series of Aichi Biodiversity Targets to be reached by 2020, by working up detailed biological information, ocean biogeographies and by integrating data on migratory species and hydrothermal vent ecosystems.
The scientific partners in the GOBI-IKI project reflect its global nature. They comprise:

The GOBI Secretariat, provided by Seascape Consultants in the UK, will act as a coordinating body for the project partnership to help ensure the timely delivery of all project outcomes and provide an overarching perspective of the synergies across the various facets of the project. The Secretariat will also continue its work in supporting the wider GOBI community and its ongoing efforts towards conservation of life in the deep seas and open oceans.
[banner of logos here] 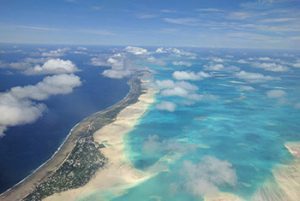 To ensure the connectivity and ecological coherence of proposed MPA networks in the western South Pacific Ocean and the Indian Ocean, the likely distribution and co-occurrence of selected key species will be modelled and mapped based on shared environmental preferences, thus defining biogeographic units in those areas; this process is referred to as bioregionalisation. To do this, relevant physical and biological datasets will be identified and processed using models developed by CSIRO and partners. Refinement of modelled biogeographic boundaries and ground-truthing for each species will be performed in consultation with the scientific community through a series of regional workshops. The predictive accuracy of the model will be strengthened as additional datasets are added as they become available. Regional stakeholders will be engaged to ensure that the results of the project are used as part of national and regional marine spatial planning processes. 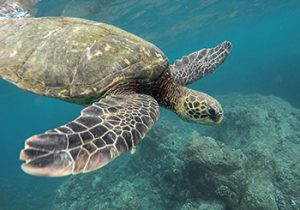 In recognition of the recent proliferation of data and information on marine migratory species through the use of satellite tags, an in-depth literature review of marine species migratory routes in areas beyond national jurisdiction will be performed. Findings will populate an open online searchable database of marine migratory species routes, which will enable investigations into how changes in biodiversity or losses of top predators in one location might affect the trophic structure and ecosystem stability in areas connected via migratory routes. Representativity and connectivity of regionally important areas for marine biodiversity established through the EBSA process will also be examined with the aid of habitat models and remote sensing. Together, these components will assist the CBD and CMS in their efforts in developing an effective network of MPAs and progress towards Aichi Target 11. WP2 will convene two workshops, to maximise both the awareness by key stakeholders of the project’s purpose and scope, and to get feedback as results are produced. 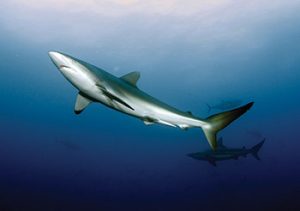 The Costa Rica Thermal Dome (CRTD) is a hotspot of marine biodiversity in the eastern Pacific Ocean off Central America; it is a key component of the Upwelling System of Papagayo and Adjacent Areas EBSA. MarViva aims to secure multi-sectoral participation in the management of biological resources associated with the CRTD. To do this, a spatial and temporal species distribution atlas will be produced highlighting the interdependence between oceanographic processes, ecological features and the commercial value of the CRTD, and their importance for the continued prosperity of the region. A public outreach campaign is planned, including a documentary of a MarViva-led research expedition to the CRTD. Following a multi-sectoral dialogue, a potential governance model for areas of the CRTD beyond national jurisdiction will be developed, with emphasis on maintaining connectivity between the high seas and coastal areas. A final, validated international governance scheme will be recommended, together with publication of the lessons learned, which will facilitate its replication elsewhere. 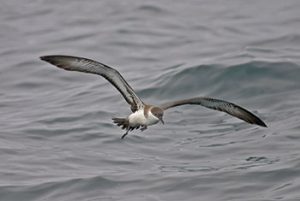 Seabird tracking data supplied to all EBSA workshops to date will be reviewed and updated to inform and develop models of seabird distribution and abundance, with a particular focus on the Indian Ocean. In doing so, Important Bird and Biodiversity Areas (IBAs) will be identified and described following internationally agreed criteria, with the aim to promote IBAs as standardised inputs to the EBSA process and to other environmental management and conservation initiatives. Model outputs of seabird distribution and abundance in the Indian Ocean will be further used to assess their response to future climate change scenarios and inform discussions on seabird adaption and protection strategies in the region. Recommendations will be made for the creation of new EBSAs based on the synthesis of all data holdings, ensuring adequate connectivity between EBSAs, as well as identifying potential threats to existing EBSAs from a range of pressures. Management options to mitigate threats to seabirds at a global level will be reviewed, and policy briefs developed and disseminated. 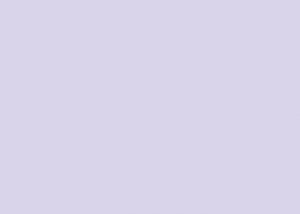 This work begins with an assessment of risk sources resulting from proposed deep-sea mining activities on residents and features of the Mid-Atlantic Ridge in the North Atlantic Ocean, followed by an assessment of potential risk responses using an ecosystem approach. The WP5 team will also develop a synthesis of connectivity models for organisms living in close association with hydrothermal vents along the ridge using genetic and hydrographic data. Outputs of these activities will contribute to the development and assessment of spatial management options and draft recommendations to protect hydrothermal vent ecosystem structure and function. After refinement through consultation with stakeholders at expert workshops (with representation from multiple disciplines including policy, legal, risk assessment, industry, ecology, geology, physical oceanography) these recommendations will serve to increase capacity of coastal states and the International Seabed Authority (ISA) to conserve the biological diversity of Atlantic basin ecosystems. 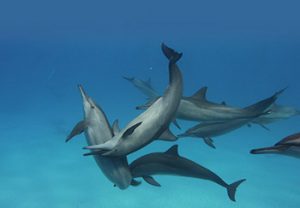 Critical habitats for marine mammal species which have the potential to be delineated and managed for conservation will be identified by experts attending five regional workshops for the South Pacific, the North-east and North-west Indian Ocean, the South-east Pacific and the waters of Oceania surrounding Australia and New Zealand. The habitats identified during these workshops will contribute to the establishment of a global network of sites termed Important Marine Mammal Areas (IMMAs). Since IMMAs represent a relatively recent development in the arena of marine spatial planning and MPA network design, part of the identification and designation process will involve the testing of criteria formulated to define them. Once validated, IMMAs described by this process will be presented to the CBD to strengthen existing EBSA descriptions and contribute towards the description of future EBSAs, as well as to CMS to support migratory species conservation actions. Appropriate conservation and management tools for the proposed IMMAs will be evaluated and selected.

No comments to show.